Douglas Engelbart, Father of the Computer Mouse, Dead at 88 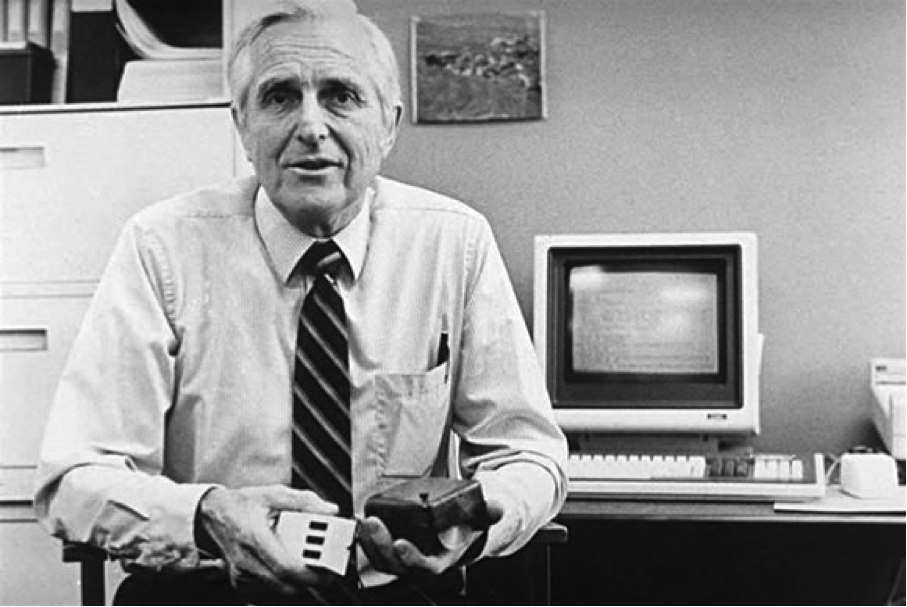 Douglas Engelbart, best known as the inventor of the computer mouse, has died at age 88. Engelbart made numerous contributions to the computing industry, pioneering the way for technologies we take for granted today.

Perhaps the pioneer’s most well-known moment came on December 19th, 1968, when he demonstrated the “mouse” — an unheard of concept at the time — before an audience at Brooks Hall in San Francisco. As we wrote back in March, he went on to demonstrate other technologies taken for granted today…

During that 1968 demonstration, Engelbart showed off such technologies as WYSIWYG editing with embedded hyperlinks, and graphics combined with text. He also speculated about the future of ARPANet, (the forerunner of what would become the Internet).

“We weren’t interested in ‘automation’ but in ‘augmentation,’” Engelbart would say later. “We were not just building a tool, we were designing an entire system for working with knowledge.”

Engelbart wasn’t a fan of the moniker that his creation had applied to it. His daughter Christina revealed in a recent New York Times interview that it was other researchers who came up with that name. ”It was just what they called it affectionately,” she said. Engelbart referred to it as the “X-Y position indicator for a display system” but to little surprise, the simpler name proved more popular.

President Bill Clinton presented the National Medal of Technology and Innovation to Douglas Engelbart in 2000, recognizing his lifetime of accomplishments. The medal recognizes Engelbart “for creating the foundations of personal computing including continuous, real-time interaction based on cathode-ray tube displays and the mouse, hypertext linking, text editing, on-line journals, shared-screen teleconferencing, and remote collaborative work.”

Christina Engelbart confirmed her father’s death in a message on professor David Farber’s “classic computers” email list, writing: “His health had been deteriorating of late, and took turn for worse on the weekend.”