You have a sketchy tax preparer 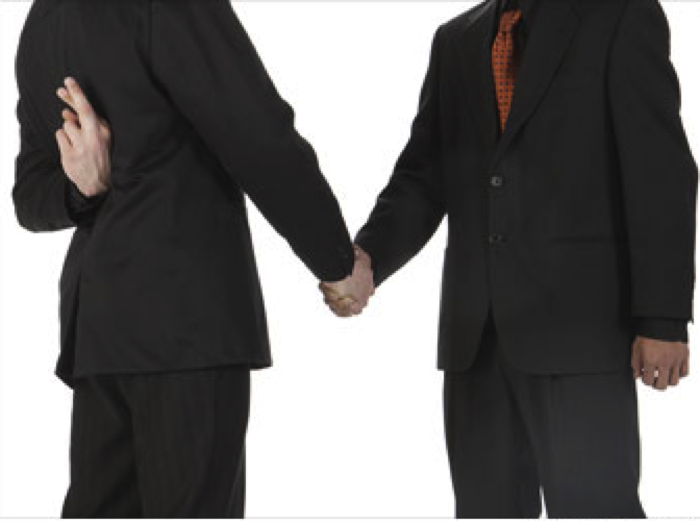 Sometimes your tax preparer is to blame for an audit. If a preparer promises unusually high refunds without asking to see proper documentation for deductions and credits, don’t be fooled, said Vincenzo Villamena, CPA and managing partner at accounting firm Online Taxman.

You’re legally responsible for the information on your return no matter what a preparer tells you, so make sure to look over your return before it’s sent to the IRS.

“Preparers can promise you the world, but then when they deduct a bunch of stuff they shouldn’t, you’re going to be the one stuck with an audit,” said Villamena. Also, you’ll be required to repay any money you receive fraudulently.

This year, all paid preparers are required to have a Preparer Tax Identification Number (PTIN) so customers can verify that they are legitimate. Ask preparers to see their PTIN before signing up for help, and be wary if your preparer doesn’t put a PTIN on your return when submitting it to the IRS, said Villamena. 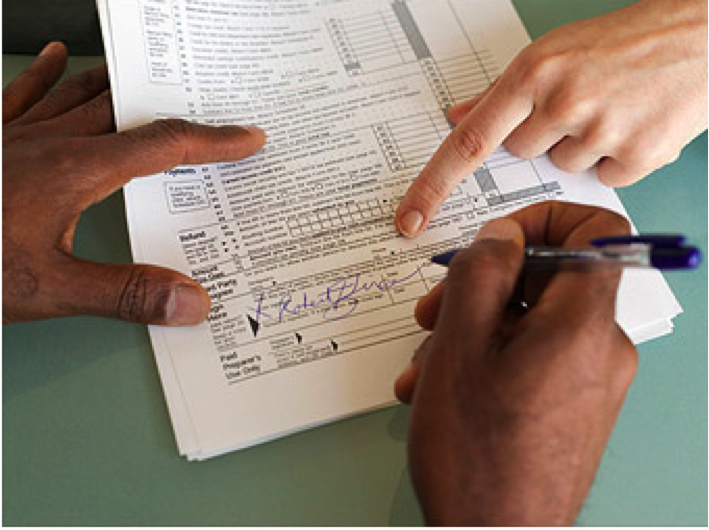 Whether you accidentally omitted information or you slipped up when doing subtraction, making errors on your tax return will cause the IRS to take a second look.

“The No. 1 mistake is not putting down the right Social Security numbers, and the second is not doing the right math,” said Thomas Cooke, professor of accounting and business law at Georgetown University.

It may be worth hiring a preparer to handle your return or walk you through the process, Cooke said.

“In tough economic times, people may be getting away from professionals,” said Cooke. “And as more and more people do their taxes on their own, there will be more mistakes — both in terms of math errors and the deductions that are taken.”

Take the time to double-check everything if you’re filling out your own return, and if you decide to use tax software to file, make sure you understand how to use it, Cooke advised.

You have a big mouth 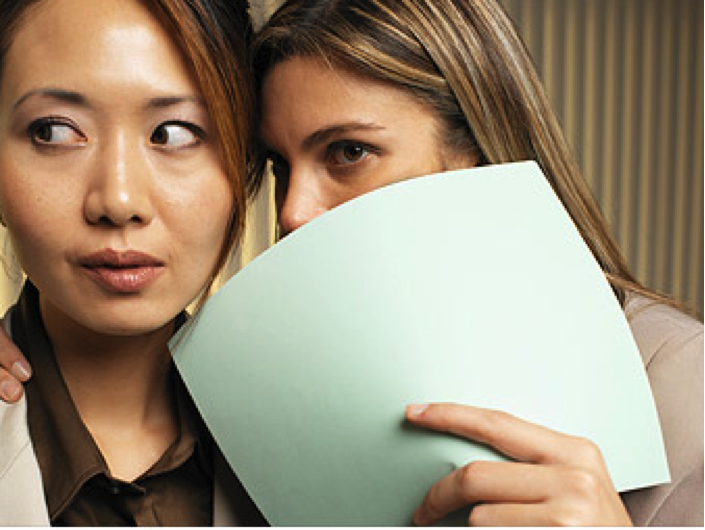 You may think you’re a hot shot for pulling a fast one on the IRS. But when the friend you entrusted with your secret snitches on you in exchange for a fat check, you’re going to be in big trouble.

“Most cases start the old-fashioned way,” said Ian Comisky, a partner at law firm Blank Rome LLP who represents taxpayers whose returns were flagged by the IRS. “You blab about it to a friend, colleague, spouse or girlfriend, and one of them turns you in.”

Even your closest pals may be tempted to tattle, since the IRS offers whistleblowers a reward of up to 30% of any additional tax or penalties it collects from tax cheaters.

And with the popularity of social media, it’s now much easier to publish private information publicly. So if you did something you think was questionable, don’t post it all over Facebook. 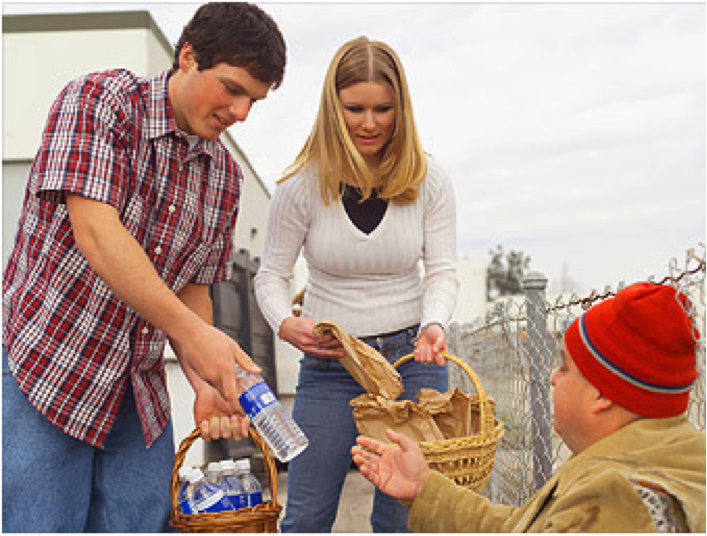 It’s great to be charitable, but don’t exaggerate the amount of money or items you’re donating.

When giving small items to Goodwill or thrift stores, report the estimated resale value, not the original value. And make sure you keep track of when donations are made and hold on to receipts. It also doesn’t hurt to take photos of the donated items for your records.

“Be realistic and try to be as specific as possible,” said Online Taxman’s Villamena. “Generally, if a donation is under $250, it’s not a big deal, but if it’s over $250 you should have supporting documentation.”

If your charitable donations are unusually high relative to your income, the IRS is likely to give your return more scrutiny as well, said Blank Rome’s Comisky.

You didn’t file your taxes 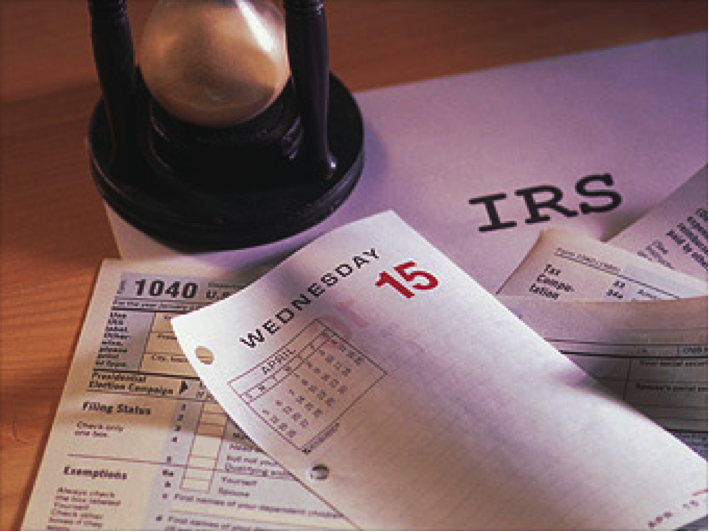 Talk about raising red flags: If you’re required to file a return and you don’t, the IRS will hunt you down.

The agency has ways to identify people who have filed returns in the past but stopped filing, as well as people who have never filed a return. Once you’re identified as a nonfiler, the IRS will want to know how much tax you owe and what you’re hiding, said Dominique Molina, CPA and president of the American Institute of Certified Tax Coaches.

To avoid a confrontation with the tax man, it’s better to simply file — no matter how much you’re dreading the deed, Molina said.

“Many taxpayers get overwhelmed particularly if they owe money they can’t pay, and they stick their heads in the sand,” said Molina.

But late payment penalties kick in as soon as the filing deadline passes, so if you don’t file and get caught, you could end up having to pay a lot more than your original tax bill. If you’re worried about not being able to pay your tax bill, there are installment plans available. Just ask the IRS what your best option is.

Of course, if you want to delay the pain a little longer, you can always file an extension. And if your income is below a certain level — which varies widely depending on your filing status and age — you’re not required to file a return at all. But even if you don’t have to file, make sure you’re not missing out on any deductions or credits that could actually put a little extra money in your pocket.

“Many times people build up an irrational fear over filing their taxes and in fact are due a refund,” said Molina.

You own a business 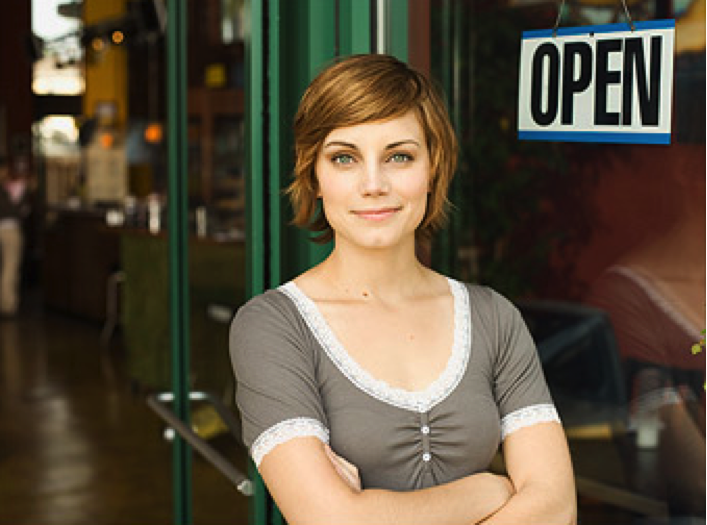 If you own a business, report every single bit of income you’ve received. If you’re still worried about being audited, you may even want to reorganize your business as a corporation or partnership (which means you’re not required to file a Schedule C) instead of a sole proprietorship, said Molina.

And if you’re flagged for an audit, the IRS will be skeptical of any business that looks like it’s actually a hobby, especially if you are deducting a loss on your return.

You’ve been audited before 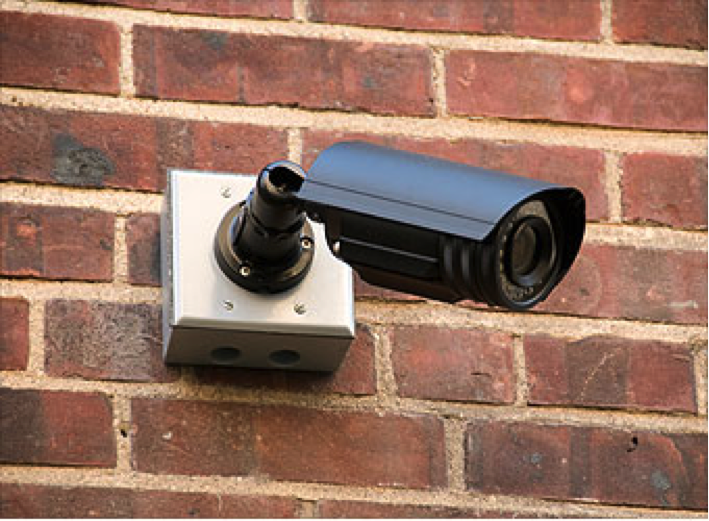 Sometimes getting flagged for an audit comes down to having a bad reputation with the IRS.

If you’ve been audited in the past, you’re on the agency’s audit hit list for at least a few years, said Online Taxman’s Villamena. And while there’s nothing you can do to avoid being scrutinized, you should play it extremely safe to avoid getting another audit.

“If you get audited once, you have a very good chance of being audited again,” said Villamena. “For the following three years or so, you should be very careful about the aggressiveness or risk you take on subsequent returns, because the IRS is going to be monitoring you.”

You have a home office 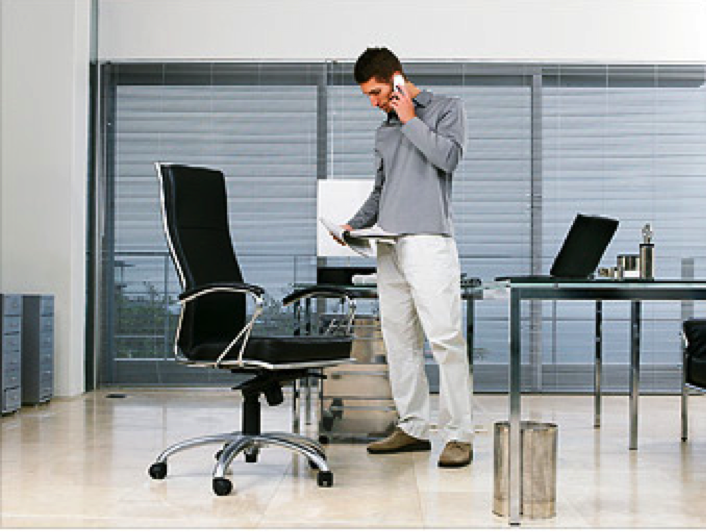 Deducting a home office can always be a red flag, because many taxpayers consider any part of the house where they do work to be an office — even if they do other things, like watch TV or cook, in that same area.

To qualify for a home office deduction, you must use the office exclusively for work and it must be your primary place of business — not one of several offices. If this is the case, make sure you document expenses like housekeeping, alarm systems and other items you plan to claim — down to the share of utilities you use in just the office itself — in case the IRS decides to check it out.

And even if you think it’s legitimate, don’t go overboard. Georgetown’s Cooke had a client, for example, who ran a business breeding and raising high-end cats. Since the taxpayer had cats sprawled out in every room of the house, she thought it would be okay to deduct 90% of her house as a home office. While Cooke agreed that the business took up a significant portion of the client’s home, he advised lowering the percentage to about 40% so that it was less likely to raise red flags. 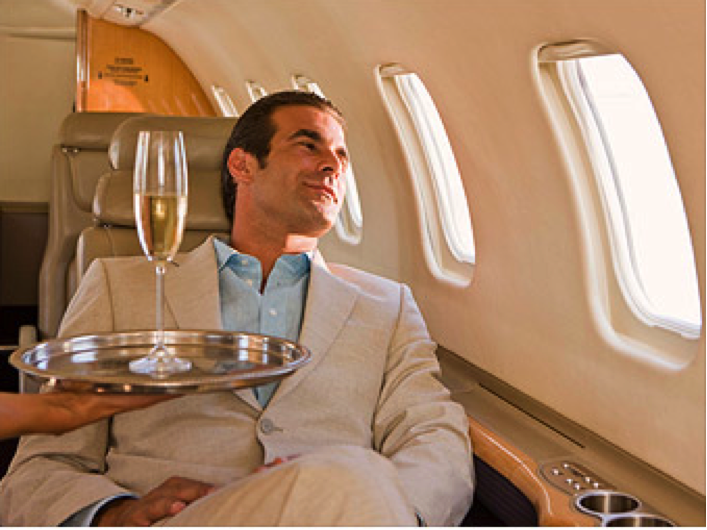 Being rich isn’t always a good thing. Your chances of being audited increase dramatically the more income you report.

If you have a lot of income to report, make sure you get a savvy preparer so at least you’ll have everything documented should the IRS come knocking.

“The rich is where the new focus is, and it’s because of one reason — it’s generating extra income for the IRS,” said Georgetown’s Cooke. “And because upper income filers tend to have a lot more complicated returns, that makes it easier for the IRS to go after them.”

You have foreign assets 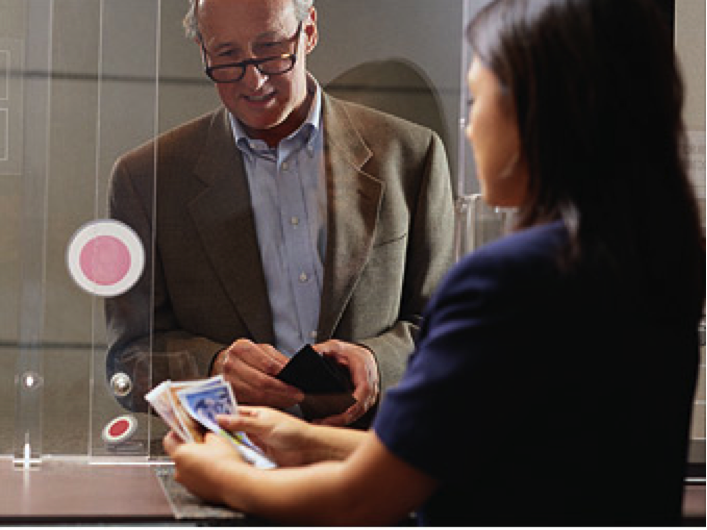 Foreign bank accounts have been a huge focus for the IRS in recent years.

In an effort to reel in taxpayers with illegal overseas accounts, the agency has launched initiatives that waive certain penalties for taxpayers who come clean. This year, the IRS introduced a program that gives taxpayers a reduction in penalties — and no jail time — if they fess up to any undisclosed overseas accounts for an indefinite window of time.

The agency also introduced a new form and filing requirements for reporting foreign assets this year. In addition to reporting any foreign bank accounts holding more than $10,000, you now also have to report any foreign assets — including pension funds and foreign stocks — totaling more than $50,000. Failing to report such assets will result in a $10,000 penalty, and any underpayments of tax on them will be subject to an additional penalty of 40% of the amount owed.

If the IRS has any hunch that you are not reporting an offshore account, you’re in serious trouble. “The safety people thought they may have had offshore isn’t so safe anymore,” said Blank Rome’s Comisky. “It’s time to come in from the cold.”

You guess on investments 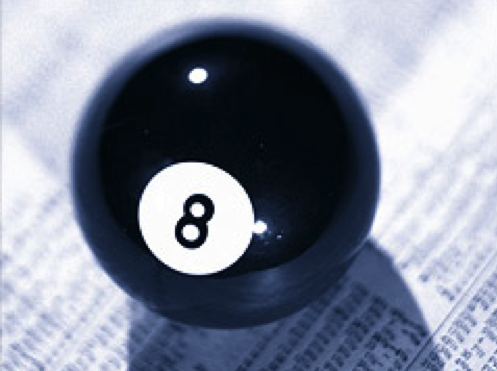 Before this year, brokers were only required to provide the IRS with the date you sold a stock and how much money you earned from that investment.

The IRS had to rely on taxpayers to correctly list the date they bought a stock and how much they paid on their Schedule D capital gains and losses statement.

So if you put down the wrong date or purchase price — whether innocently or on purpose — you could end up paying less tax.

But now, the IRS is getting this additional data straight from brokers. If the information on your return doesn’t match, you’re in trouble. Be sure to locate your exact buy dates and prices, advised Georgetown’s Cooke. Otherwise the IRS will quickly scoop you up for an audit.